BLACK EUROPE: The first comprehensive documentation of the sounds and images of people of African descent in Europe up to 1927 (the era of acoustic recordings technology prior to the invention of the microphone).

Recordings on phonograph cylinders, gramophone discs and films, with both still and moving images, featured people of African descent in Europe from the earliest years of the recording industry to immediately after the First WorldWar. Present in Europe for two thousand years or more, the contribution of pioneering personalities on the modern mass media has not been noticed. Recognition is overdue. Music, spoken word or dance, from all styles, categories, languages and natal lands provide a lost but rich resource. Many artefacts may be lost forever, but this effort is to trace the surviving evidence.

The two lavishly illustrated LP-sized books (650 pages), written by researchers Jeffrey Green, Rainer Lotz, and Howard Rye, are in a sliding case accompanied by 45 CDs including every recoverable recording from the era, commercial or academic, restored by sound-engineer Christian Zwarg – a total of 1,244 tracks, total playing time 56 hrs and 30 mns.

The CDs will include the complete output of the African-American string bands which recorded in London in 1916 to 1922, a unique documentation, recordings of authentic minstrelsy, and vaudevillian and pioneer blues harp player Pete Hampton, and the earliest recorded examples of stride piano and rhythm scat singing. From the 20s come important records of the earliest jazz including the complete works of Vorzanger’s Band in London and Mitchell’s Jazz Kings in Paris. From Africans come recordings of African languages and folk and religious music including the recordings of Rev. J.J. Ransome Kuti, Fela Kuti’s grandfather.

Now, after several years in the making, the set was released in October 2013. The edition is strictly limited to 500 copies, worldwide.

All orders received prior to December 31, 2013 got an individually numbered copy. 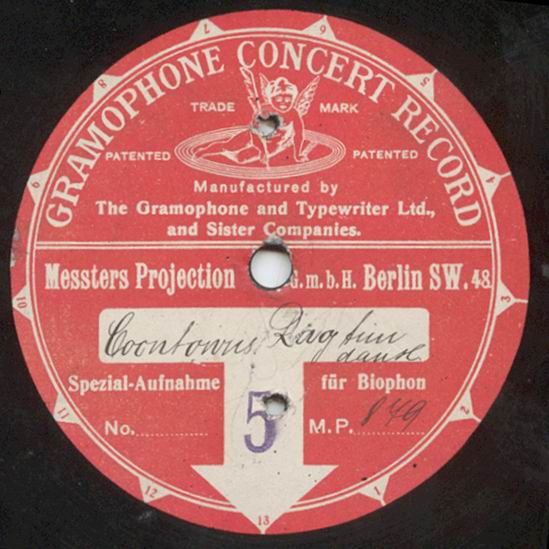