The basic idea of a gramophone postcard is to glue a single sided miniature disc record onto a postcard and punch a center hole through both card and disc. For further details see the exploratory history of the phono postcard. The Advertising Record Corporation fixed the disc to the card (or postcard) with two staples. Often the reverse side carries additional information.

The disc carries no information, and the card reads simply "A message of Musical importance to YOU". It is worth checking on the cards as different takes have been used 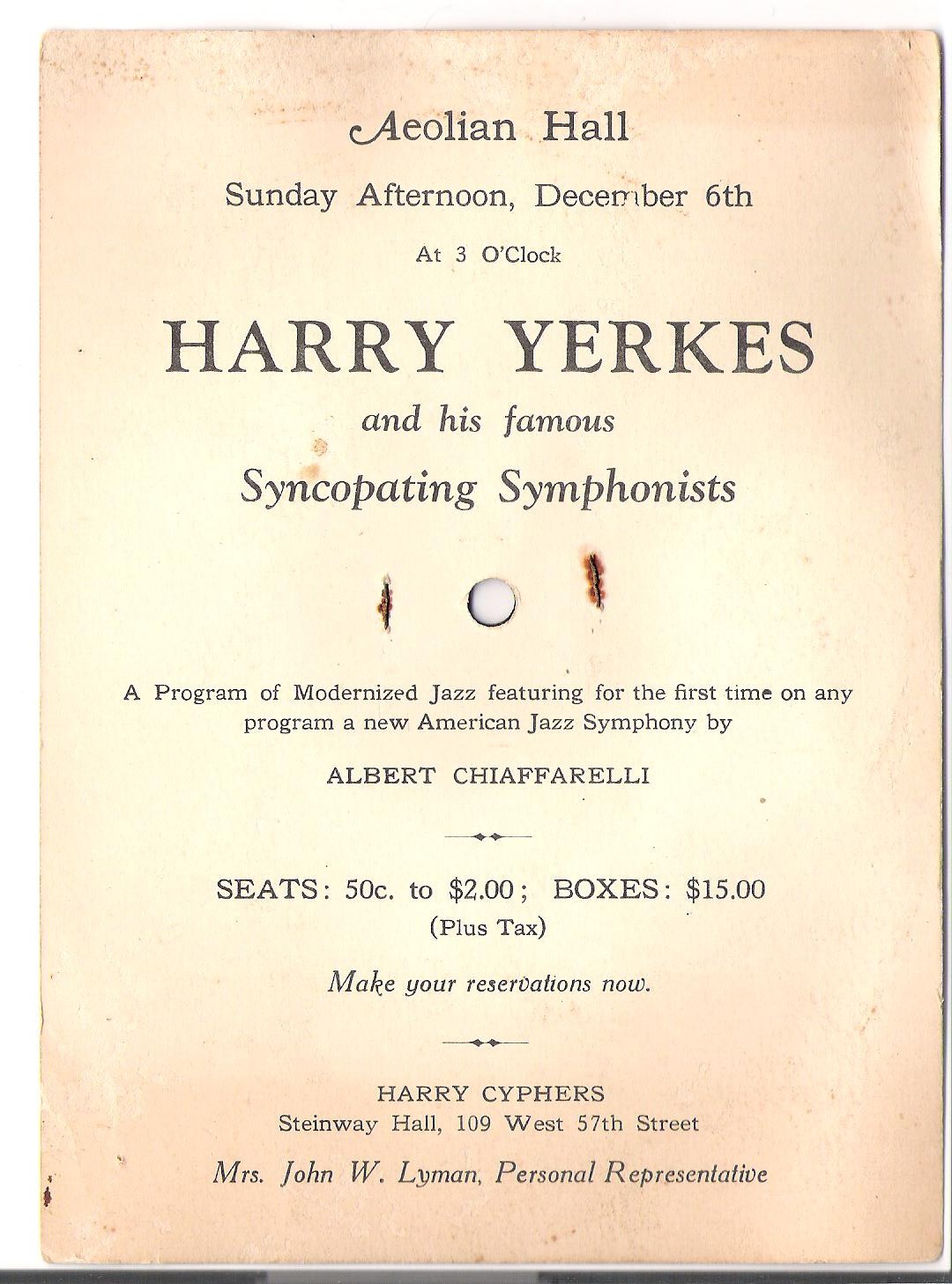 Jos Hocks reports a card by The Recorded Voice Co. Canton Ohio (USA), copyrighted in 1923, which "looks like they used the same records made by the Advertising Record Corp. from New York. They also published their cards around 1923." 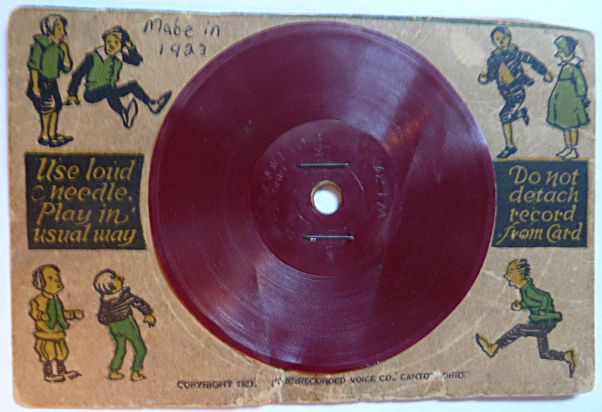 Hocks further reports a large card (12,5 x 15 cm) with transparent record with a Nursery Rhyme (Lazy Mary) Information on card: Made in U.S.A. by A. Record Co., 96 5th Ave., N.Y.C. (Nothing on the reverse side). And an advertising card for Talking Cards from the Advertising Record Corp. (Dated 1923) 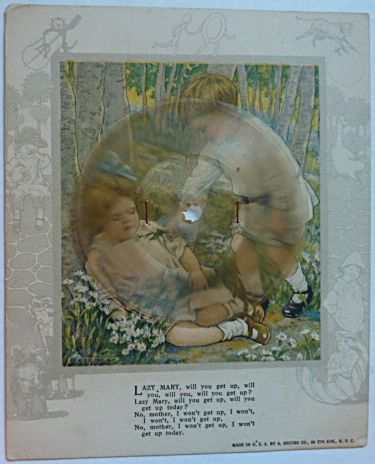 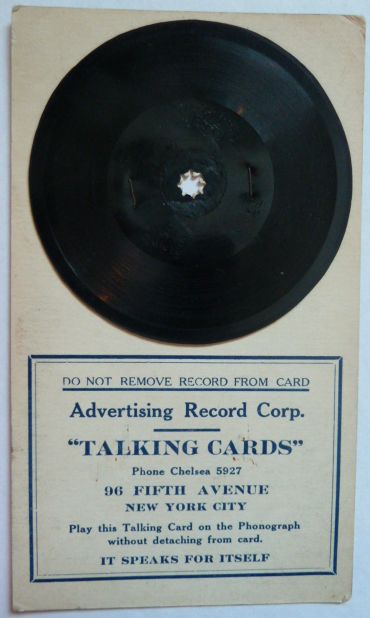 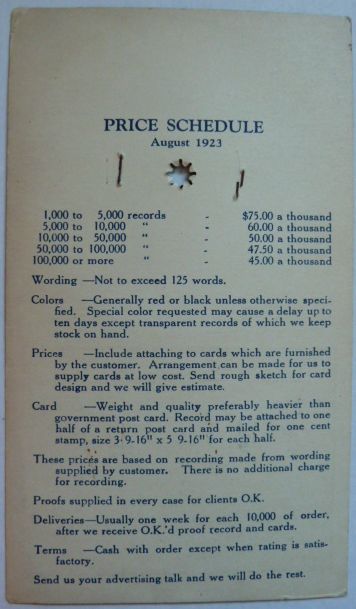 In 2013 Scott Hambidge, an antiques dealer from Stamford, CT, acquired a box of records which came from the estate of Hartwell Morehouse Webb, whose grandfather was Ezra Morehouse, brother of abolitionist Henry L. Morehouse (Morehouse College in Georgia is named after him). Hartwell Webb's father was involved with The Advertising Record Corporation in New York City. Included in the collection is the original 11" metal master disc along with two 78rpms which are etched and dated around the center "Ezra Morehouse Aug 29, 1922. According to a family note on the cover of the box they are the recorded voice of Ezra Morehouse describing his life growing up along the Erie Canal circa 1850. Also in the box are a number of tiny yellow discs attached to cards with nursery rhymes. The cards are marked "Made in USA by A. Advertising Co 96 5th Ave New York City". Another disc has the etched inscription "Save-Save-Save - Advertising Record Corp Cliffside NJ". 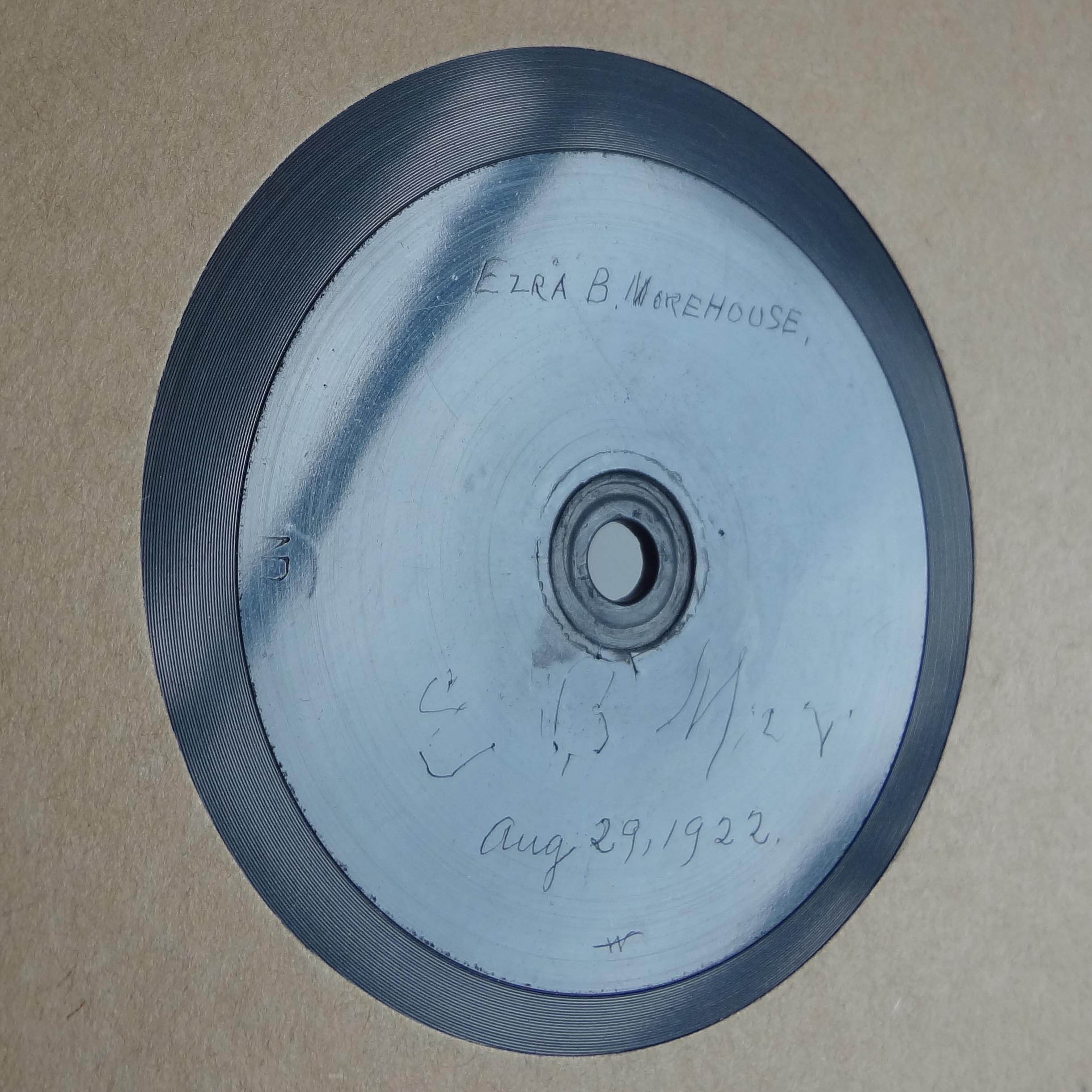 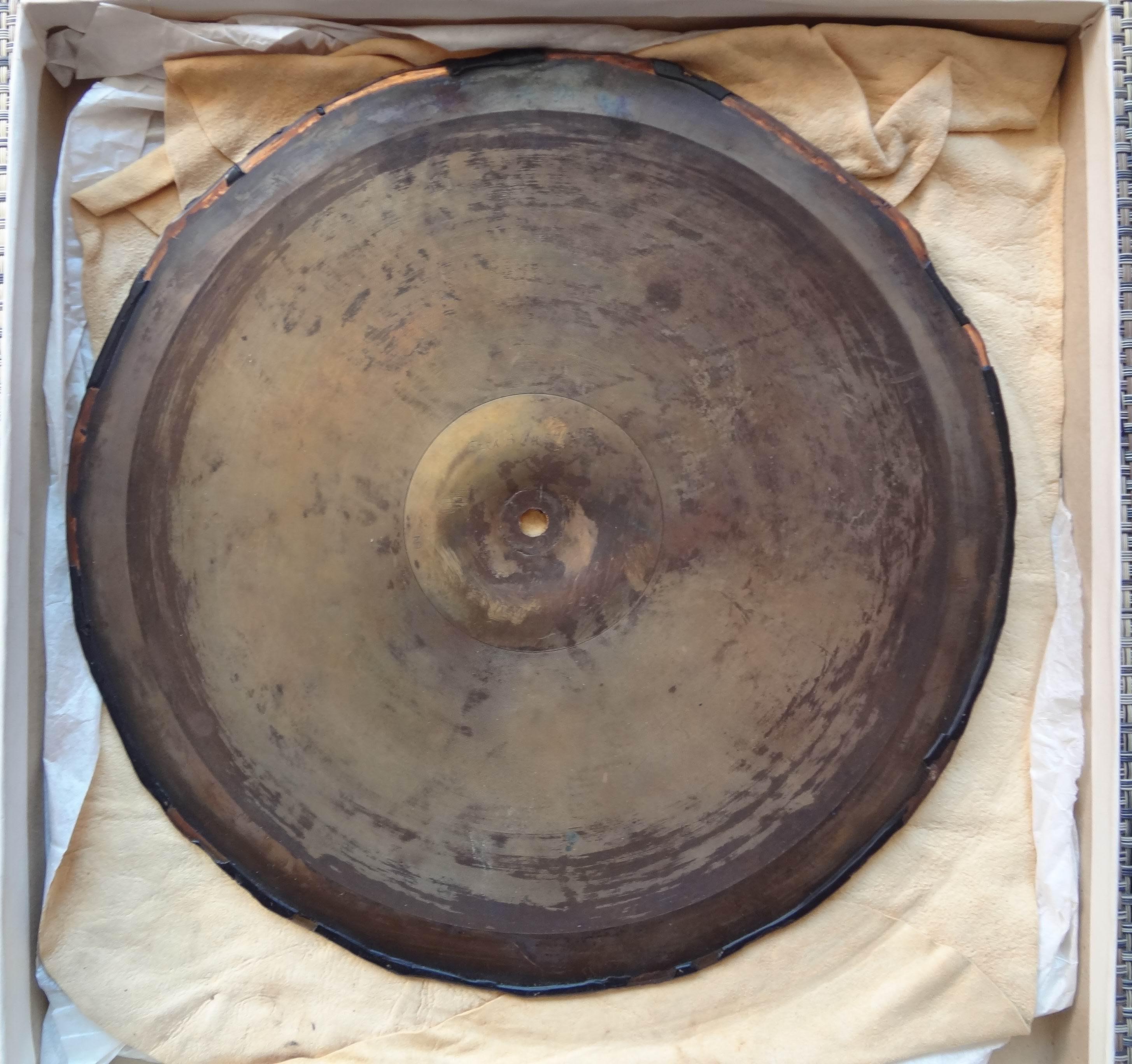 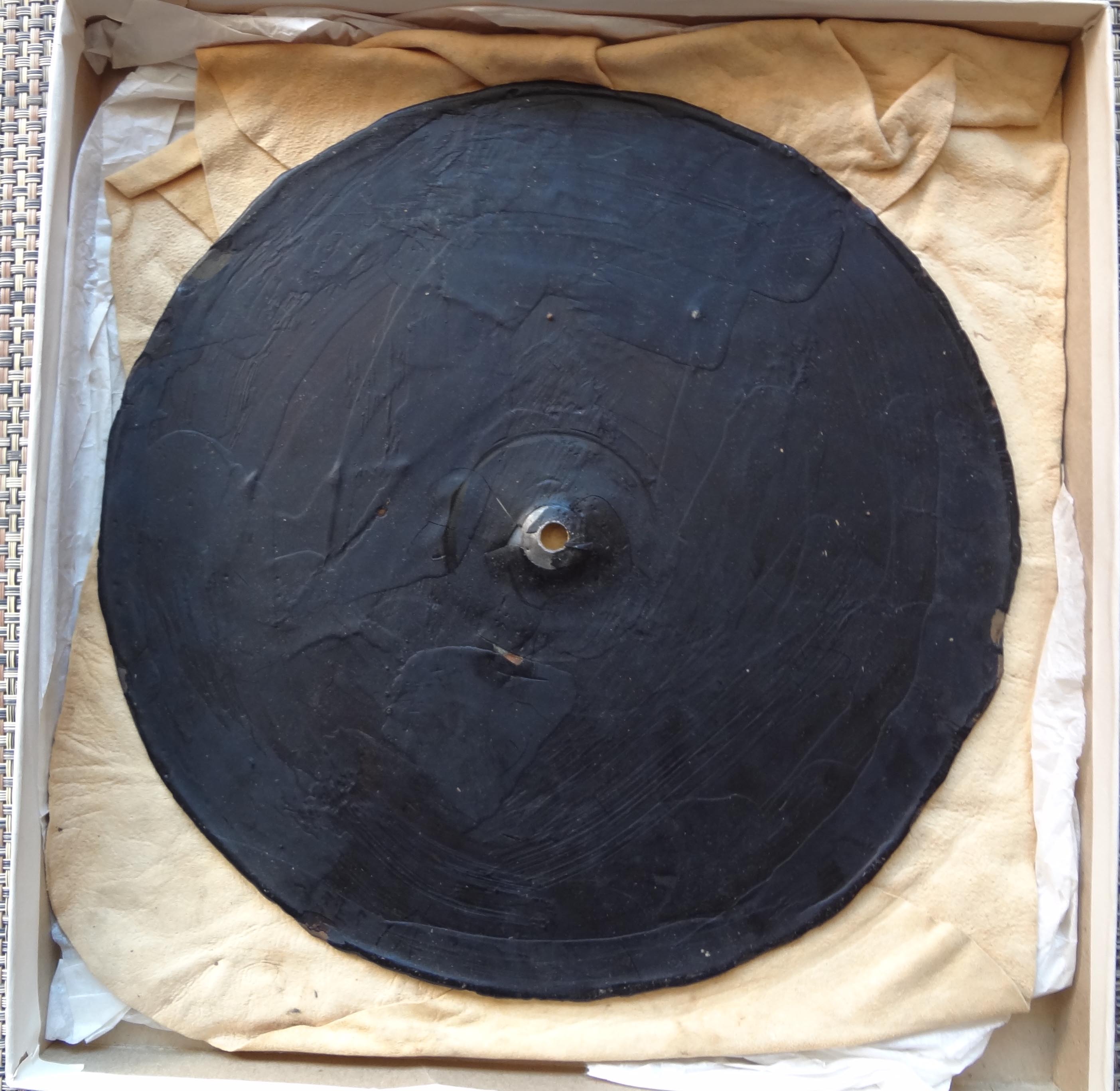 If you have additions or corrections: Please contact us by e-mail: rainer-lotz@gmx.de